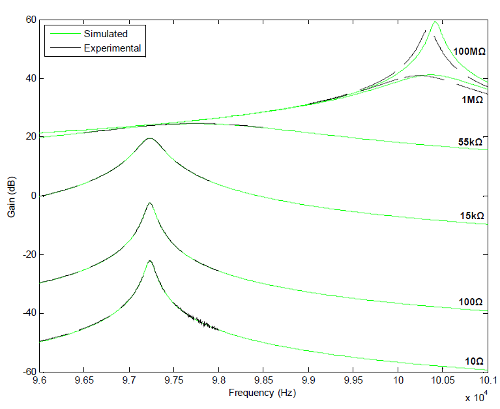 Mason equivalent circuit of a piezoelectric transformer
The input and output capacitors are true capacitors - they come from the parallel plate capacitance of the electrodes (noting the piezoelectric materials have very high permeability). The series RLC branch is an electrical representation of the mechanical resonance of the device. Meanwhile the transformer models the voltage relationship between input and output, simplifying the conversion to and from mecahnical resonance. It is possible to contruct a fuller model allow the mechanical properties to be modelled directly.

The large input capacitance of the transformer can cause significant switching losses in the bridge MOSFETs if the commutation timings are not carefully controlled. An inductor can be connected in series with the transformer to mitigate these issues but this adds cost and volume. A better alternative is to use the transformer's resonating current to charge (or discharge) the input voltage during the bridge dead-time period to achieve zero voltage switching (ZVS) of the bridge MOSFETs. In Predicting the zero-voltage switching profiles of half-bridge driven inductor-less piezoelectric transformer-based inverters, IET Power Electronics 2012, a cyclic-mode model is derived and subsequently used to provide quantitative information regarding the ZVS ability of a piezoelectric transformer. 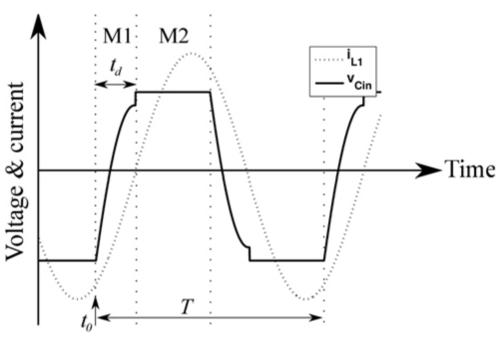 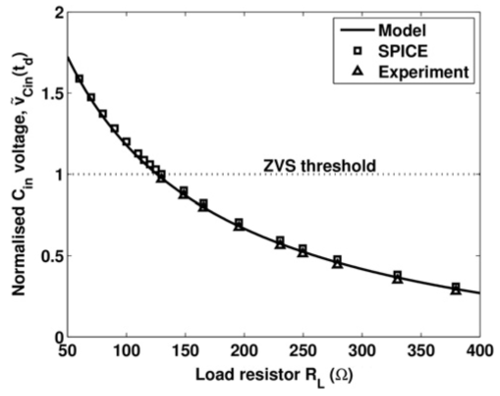 Maximum achieveable ZVS for a given load 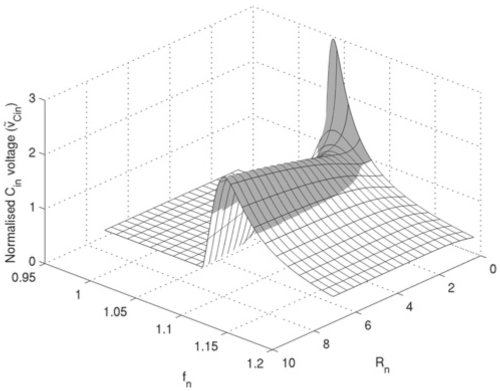 ZVS ratio as function of load and frequency

Research on the ZVS ability of inductorless driven transformers revealed that ZVS could only be achieved for certain parameter combinations. Adapting the describing function techniques that I have previously applied to resonant converters allowed an equivalent circuit model for the ZVS process to be derived. By assuming the circuit operates at the resonant frequency it was shown that the ratio of input to output capacitance should be carefully chosen if ZVS is required. This design constraint is described in detail in Critical design criterion for achieving zero voltage switching in inductor-less half-bridge driven piezoelectric transformer based power supplies, IEEE Power Electronics 2015. 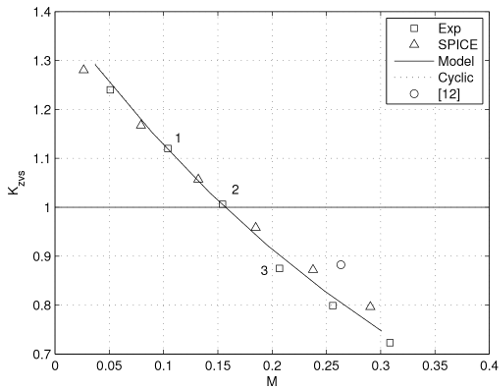 ZVS plot for a piezoelectric transformer 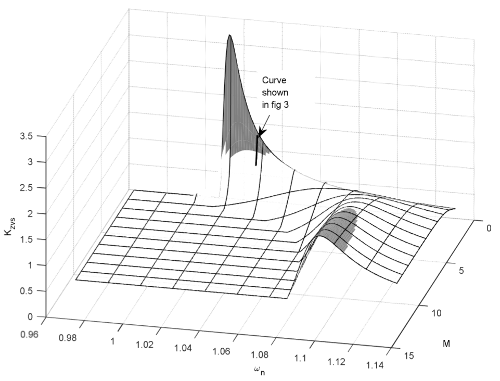 3D version of ZVS plot for a piezoelectric transformer